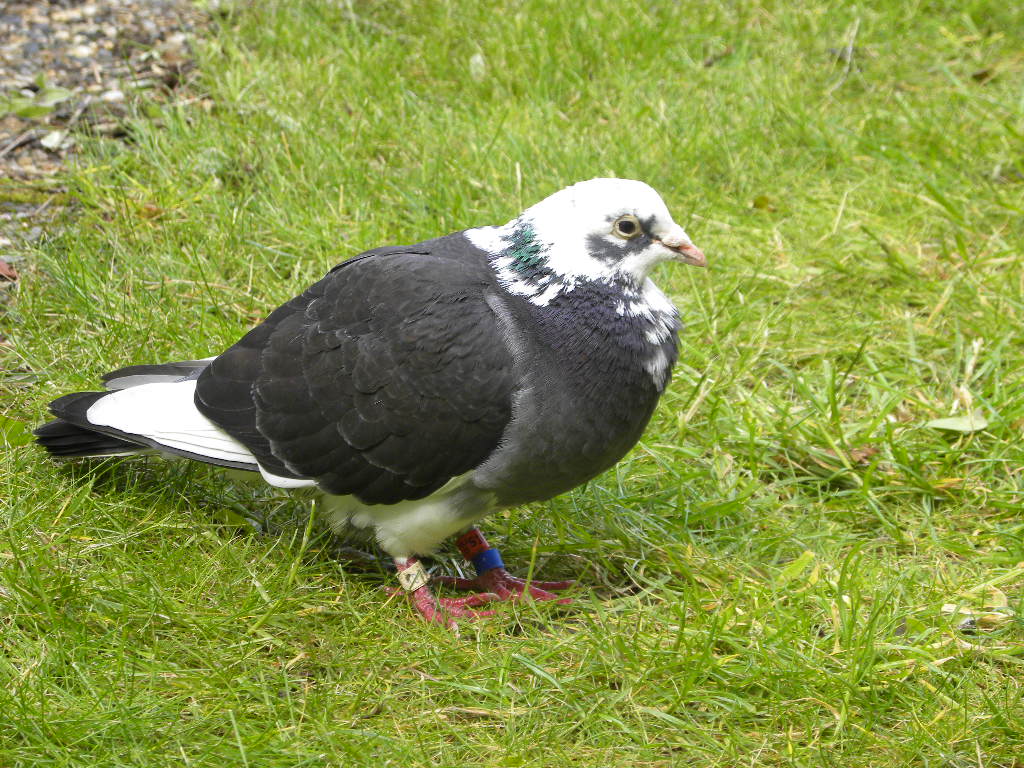 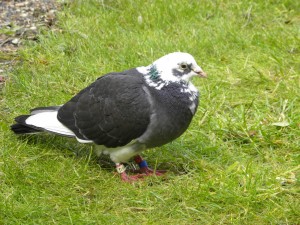 He appeared in our garden yesterday morning, obviously lost his way and literally ran to the pile of seed & water that we left on the patio.  He’s really very tame and is not that bothered by us at all.

He’s been down twice so far today, feeds, has a quick drink then flies up to our roof where he falls asleep!  Luckily for him there aren’t any birds of prey nearby (none that I’ve seen anyway). 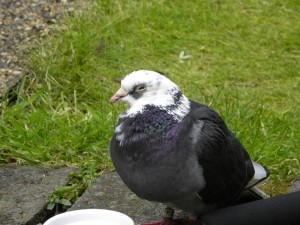 I know we probably shouldn’t encourage him, but he is gorgeous & obviously hungry / thirsty.  We spoke to someone we know who has racing pigeons & he said whoever he belongs to won’t want him back now as he’s no good, being as he got lost.  He has something wrong with his left eye (looks like a cataract), I’m assuming (or rather hoping) he’ll integrate into a flock of feral pigeons, we get a fair few in the garden. 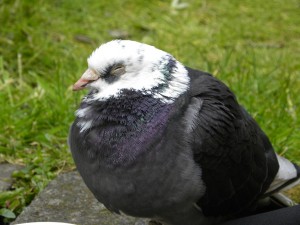 But for the time being, he’s very welcome here 🙂 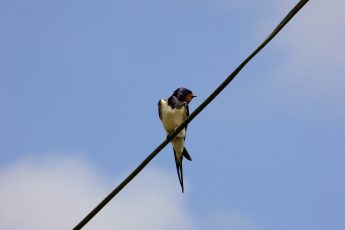