27th May 2010 by Sharon 4 Comments
Don’t you just love Spring?!  Our garden has all of a sudden become a focal point for families of Starlings & Sparrows.  I love the way the fledglings open their beaks & flap their wings whenever an adult bird is near – they don’t care if it’s their parent or not – it has food!!
We have this small family of Greenfinches down most evenings now, the young are so adorable, often sitting there for half an hour or more with the one sunflower seed trying to get to the middle! I suppose I should really start buying the sunflower hearts for them instead to make it a bit easier! 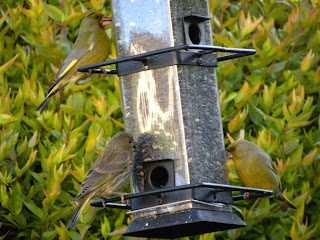 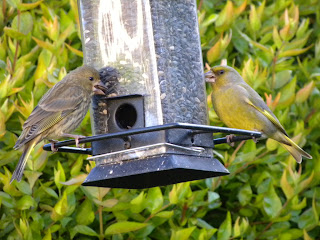 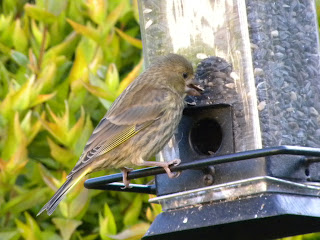 Also saw something really positive at the weekend – the Housemartins are back rebuilding their old nests at the side of our neighbour’s house!  It seems to be taking them a while but fingers crossed we’ll have young in a couple of months!  I’ve never seen so many Housemartins before swirling above the roofs and they’re so vicious to each other! One could be clinging on to the wall and another will literally fly up and pull it off! I’m going to try and video them this weekend if the weather is okay (i.e. dry!) 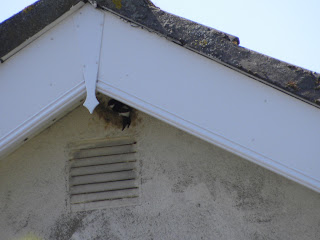 Will also keep an eye out for other fledglings in our garden in between shooing next doors cats away!
Does anyone have  any tips for keeping cats out? So far we’ve come up with barbed wire and a gun! Don’t think the neighbours would approve though!
Share: