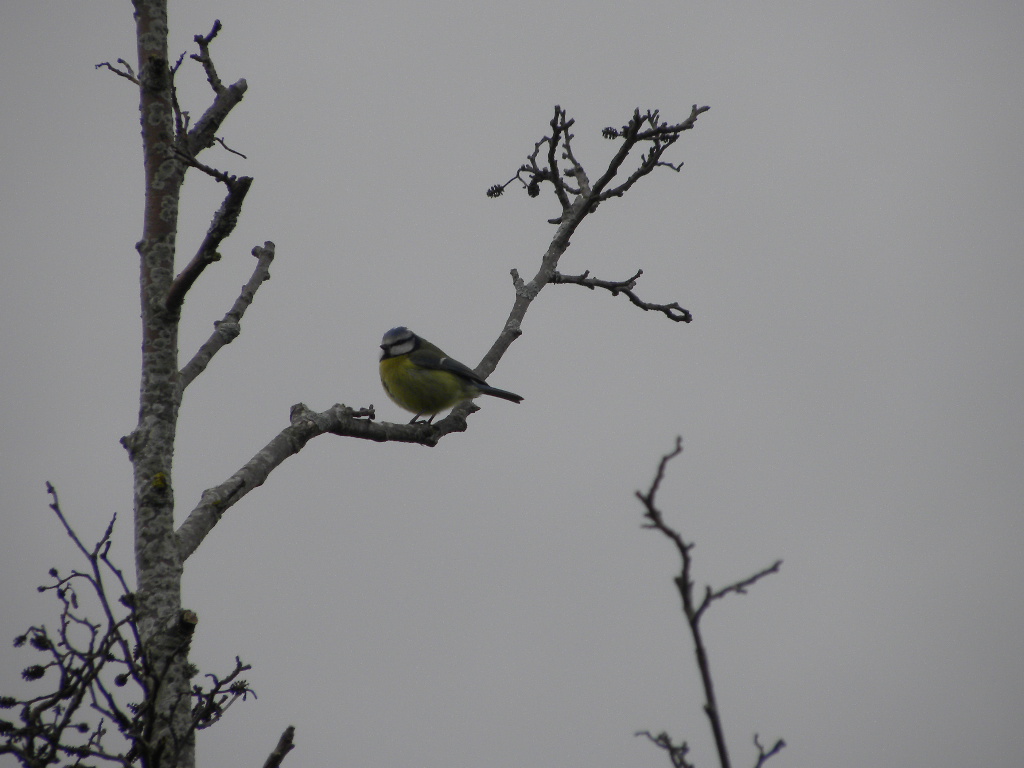 I thought I’d give a little update as to what’s been happening since the re-introduction of the food!

Firstly, we had our first fledgling of the year in the garden this morning!  I thought it was a bit too early but the Sparrows obviously think differently!  This little fella was waiting in the bushes & being fed by the male.  Not a very good photo I’m afraid, but there’s plenty of time for more 😉 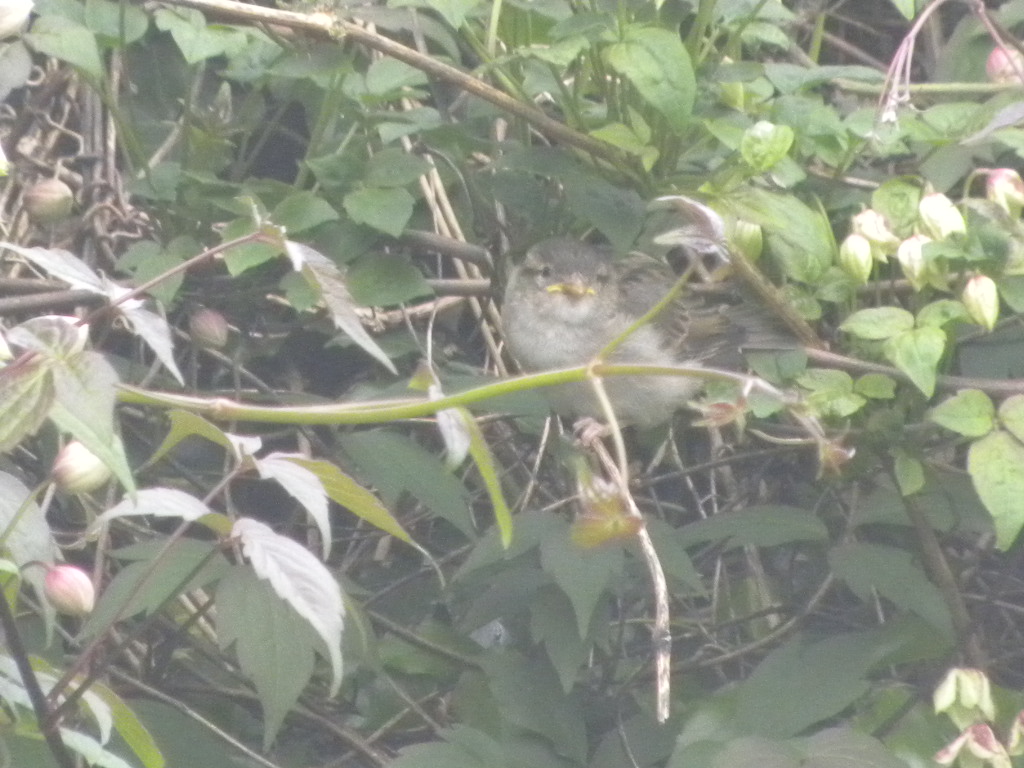 Also had a Greenfinch appear (just the one, so maybe the female is sitting), and one Coal Tit keeps coming down for Sunflower seeds.

This Blue Tit was in a tree behind a neighbours garden, didn’t make it into ours. 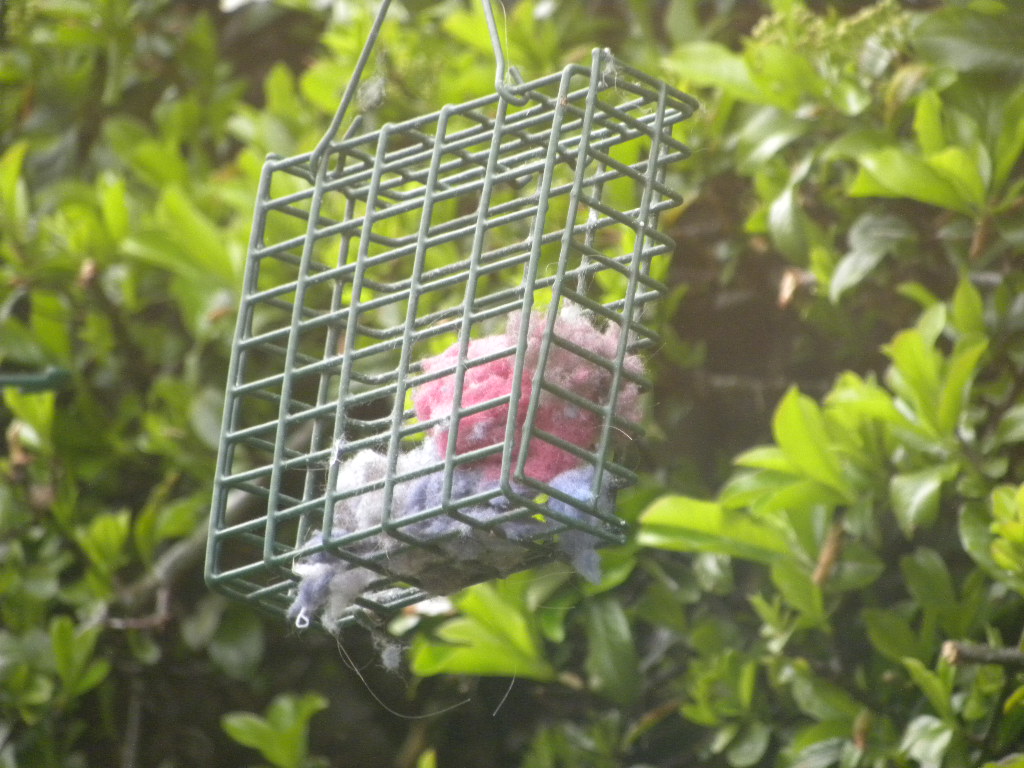 Unfortunately, still nothing has shown an interest in our nest box – I’m not sure if we’ll get anything in it as it’s getting on now & most birds will already be in nests – fingers crossed though!  Watch this space 🙂 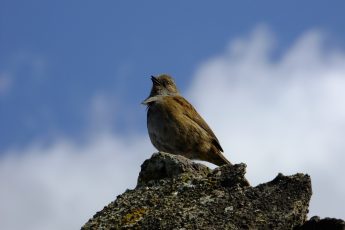 The sound of chirping! 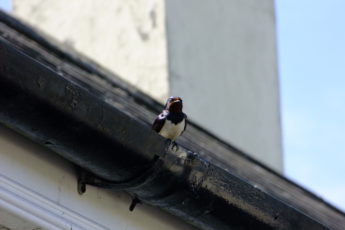