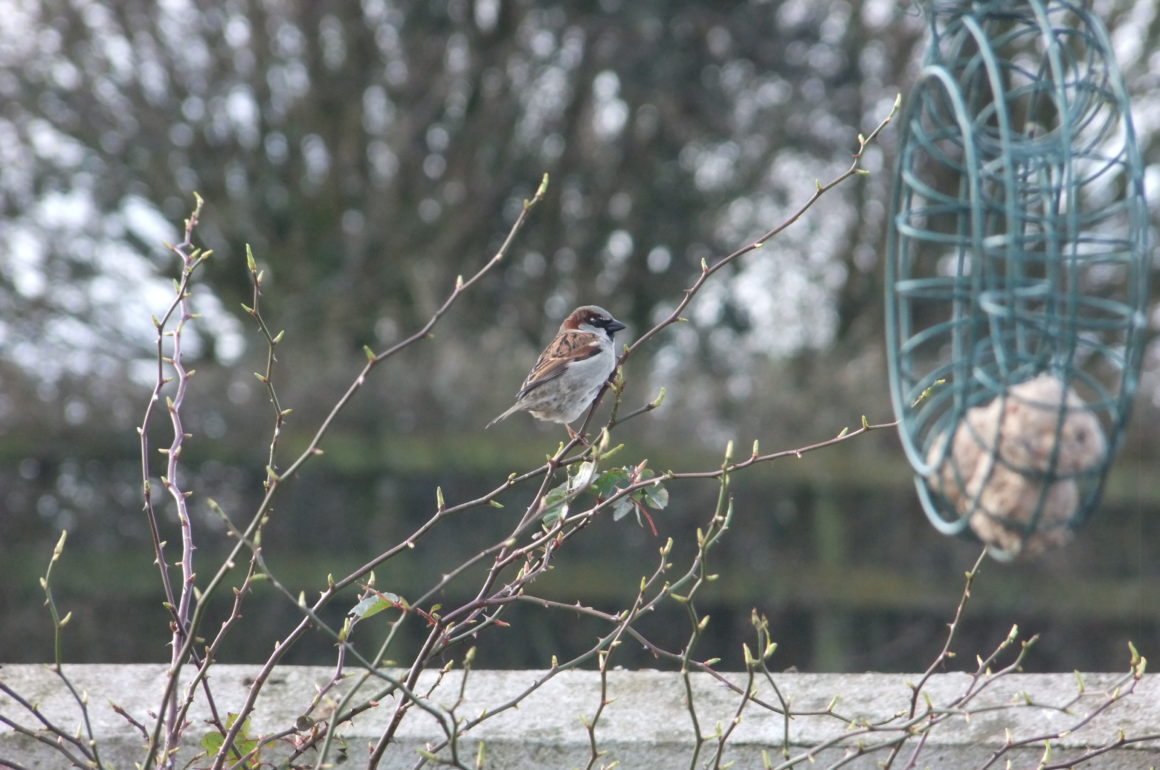 I often get asked on Instagram how do I deter the rooks & crows away from the feeders. Being surrounded by fields means we always have rooks around. Personally I love them, they are so characterful so I always make sure there is plenty of food for them – after all, they are just as hungry as the smaller birds, especially in winter.

If I do want to deter them a little then I try to do it imaginatively – I tend to hang small feeders inside bushes or other places where the larger birds would find it difficult to land. But I still put out food for them in other areas.

Recently however, they do seem to have been dominating my feeders so we had to come up with a way of slowing them down. My other half was doing a gardening job and had to remove a load of bamboo so he asked if he could bring it home.

Half an hour later and these bamboo poles are now guarding the feeders. The crows have tried landing on the small tray but maybe it’s just too much like hard work, so they’ve gone back to picking up the scraps from underneath the feeders instead… Job done 🙂 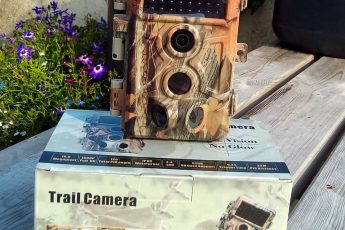 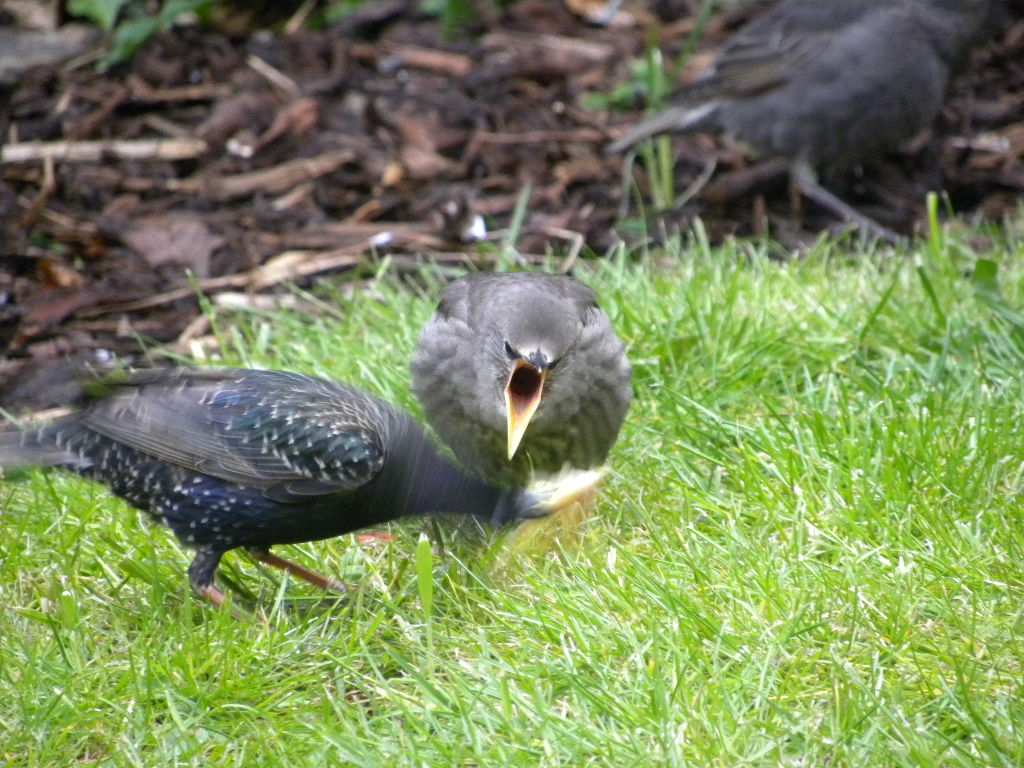