Do moths turn into butterflies? 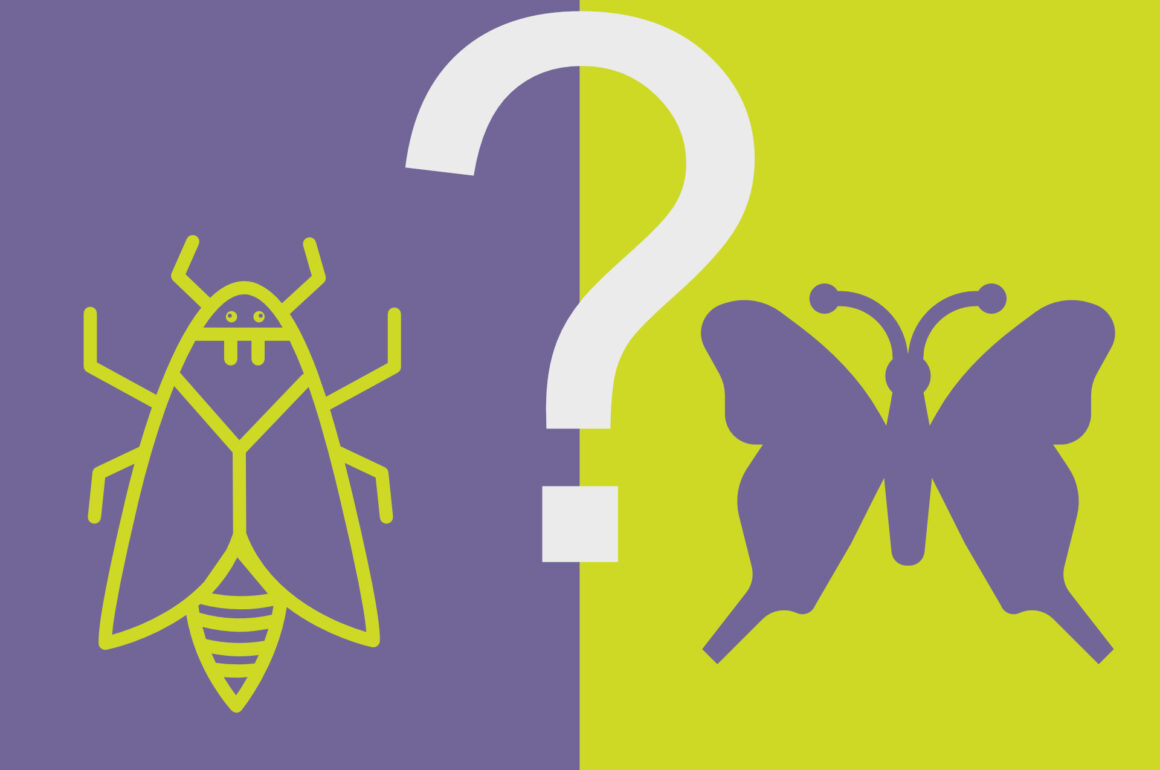 I love moths – I think they are even more beautiful than butterflies and are very underrated, which is surprising given that there are approximately 1350 types of moth here in Ireland, compared to about 35 types of butterfly! I came across the question “do moths turn into butterflies?” the other day in Google, and it got me thinking that maybe some people don’t know that much about moths, and so could be forgiven for thinking they are the same as butterflies.

Technically speaking moths are and probably always will be moths – but it may come as a surprise to know that it’s not always been like that… evolution has played a part in the separation of moths and butterflies – read on to find out what I mean!

Are moths in the same family as butterflies?

To begin with you might have thought moths and butterflies are one and the same as they are both members of the same family – the Lepidoptera family.  In Ancient Greek, Lepidoptera means ‘scale wing’, which is a good name given the powdery scales that cover the bodies and wings of moths and butterflies.  These powdery scales are actually modified hairs and will often come off when touched.

So, we know that moths don’t turn into butterflies and that they are part of the same family, but what about their history?  How did moths evolve?

How did moths evolve?

It is well known that moths have to be careful of bats as they are one of its main predators, however I recently read an article explaining how both bats and moths have evolved to try to outwit each other.  It was also thought that one group of moths wanting to evade bats started flying during the day and that’s how butterflies came into being.

The article then went on to explain, however, that it wasn’t the bats that drove them to it. This one group of moths switched to flying during the day in order to get the nectar which was being produced by the many new species of flowering plants, and so evolved into butterflies.

You can read the full article here.

The difference between moths and butterflies

Behavioural differences between a moth and butterfly:

Physical differences between a moth and butterfly:

However, sometimes you come across moths which are an exception to the rule, for example there are day flying moths such as the ones listed in this downloadable PDF guide from Butterfly Conservation.

Another example is the Cinnabar moth which flies in the sun during the day, but can also be found flying after dark.  They are easy to spot in gardens and are commonly found on grassland.  I’ve had several of these in my own garden for the last few years… and a lot of their caterpillars!

There are also butterflies that fly at dawn and dusk, such as the Owl butterfly below, which flies at dusk in order to avoid bird predation…

…and the Madagascan Sunset Moth which is very brightly coloured and is active during the day.

So the next time you see something fluttering around the flowers or grass during the day and immediately think it’s a butterfly, take another look as it may be a day flying moth 🙂 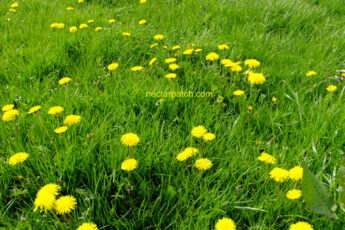 Bee lawns: What are they & how do I make one? 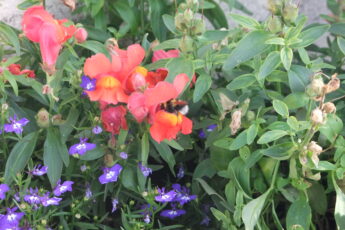 10 perennials to attract pollinators to your garden 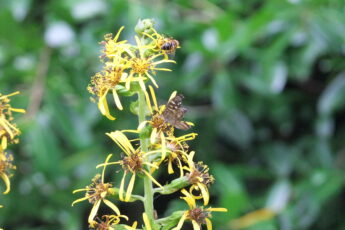 How to attract butterflies to a shady garden

« Previous post
Bee lawns: What are they & how do I make one?
Next post »
10 annuals to attract pollinators to your garden