6th June 2010 by Sharon 8 Comments
From the very first day we moved in we thought it odd that we hadn’t seen a Robin in our garden.  We assumed it would eventually find us but after 3 months of living here, we’ve still not seen or heard one around the neighbourhood!  Is that normal? I’ve never lived anywhere before where there’s not been the faithful old Robin visiting.
We even left a spade upright in the soil for it to land on 🙂
We do have lots of Sparrows and Starlings though, could it be that there’s too much competition for food?  Maybe we should’ve waited before buying the Robins nest box – needless to say that’s empty but it is well covered now by all the ivy and clematis that’s growing around it!
The garden is still full of fledglings which is always nice to see even though they do make a racket at 5.30am! 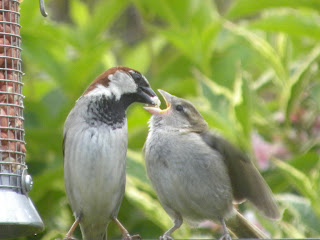 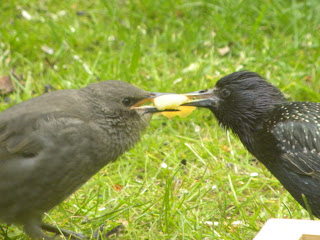 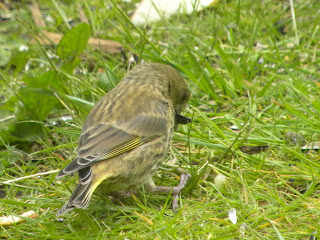 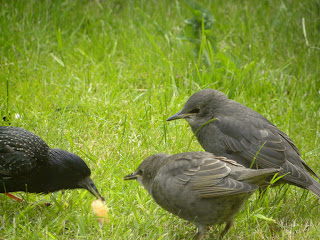 I think there’s bad news regarding the Housemartins nest – yesterday a male Sparrow decided it liked the look of the nest and moved in!  I’ve never seen that before and the Housemartins certainly didn’t like it.  I’m not sure if there’s eggs / chicks inside but I’d say the family has been evicted! 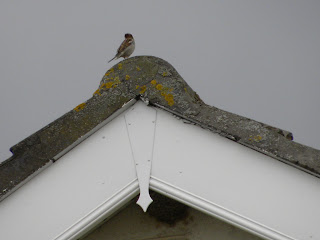 Surely the Sparrows would be settled in their own nests by now?  I’m hoping the Housemartins win it back – there were quite a few mobbing the intruder whenever he flew out and he appeared to be by himself.
The next couple of photos are of flowers in our garden – I’m not really a flower person so I’m not even going to try to name them but I just like the colours! 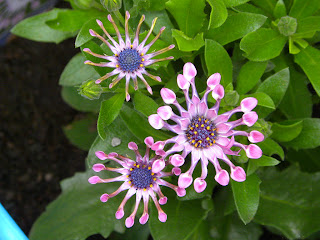 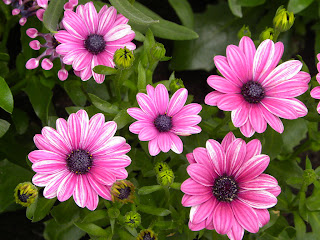 And finally, one of the first flower on our Mangetout plants! 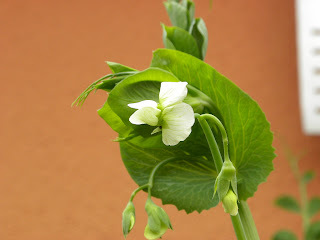